So far this winter I have been using a set of Dynastar Cham 97 HM skis. A lot of fuss has been made about this range of skis the last couple of years, and Dynastar themselves have been bold in their statements about them, claiming this is a ski that ‘redefines’ freeride performance. Sounds too good to be true? Well I took them for a test to see if they really were all that or if it was all just a load of hot air…

Here is what Dynastar have to say about the skis: 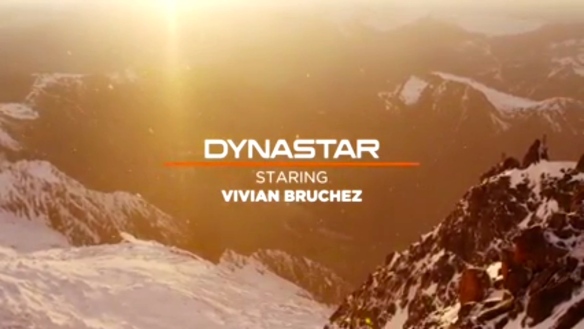 So the Cham range of skis have been around for several years now and feature a collection of 10 skis varying from 87mm underfoot, right up to a whopping 117mm. The Cham 97 HM feature a Paulownia wood core and are a lighter version of the Cham 97 (with the weight saving being achieved by removing the full metal top sheet along with a lighter wood core). This lightens the skis by up to a kilo a pair against their big brother, and means the HM’s weigh in at 3.6kg for the 178cm. This is however at the obvious loss of some stiffness and power, but a compromise always has to be reached. The skis have a long rocker tip and pintail design designed to enhance tip float in deep snow. They have a sandwich sidewall construction and come in four lengths- 166cm,172cm, 178cm and 184cm. The dimensions are 133/97/113mm.

So with all that technology how did they ski?

I spent the latter part of December and the first few weeks in January on guides courses in the Alps (see here for a full write up of this period), and used the skis almost daily throughout this time. The first thing that struck me after just a day out was just how short the skis feel in use. I had chosen 184cm the longest size in the range, but due to their long rocker tip, right from the word go it felt like skiing a much shorter ski. It took me a while to get settled into my new skis (as with any skis I guess), but after a few days out I was already getting used to the shorter feel and enjoying the easy manouverbility the ski offers. This was particularly evident on steeper terrain where the skis were quite simply a joy to manouver and made for effortless jump turns on demand. I fitted Dynafit TLT Vertical ST bindings to mine which made for a very precise, lightweight combination and worked well with the ski. 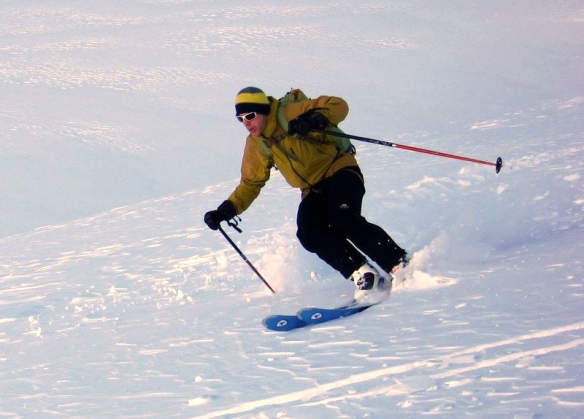 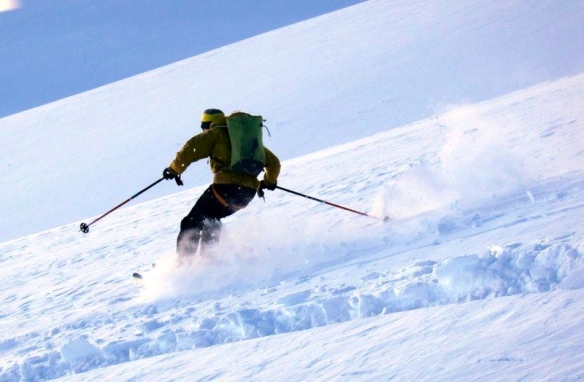 During the test I skied a good variety of snow types and can safely say the ski handled it all with ease. They have enough weight and stiffness to handle breakable crust, but still more than light enough for you to be happy to take on any tour. I had a couple of ‘thigh deep’ powder days near the end of my time in La Grave and got a chance to see just how well the rocker performed. The answer is very well, with the tips able to plough through the snow and keep the skis feeling very bouyant in even the deepest of powder without feeling like the tips would sink at any moment. The skis worked surprisingly well on piste too, carving well for a ski of this type and again very easy to handle. When travelling at high speed on firm snow I did feel the lack of useable length made them less stable than on other stiffer skis, however again, this is to be expected compared to a heavier weight, firmer ski. 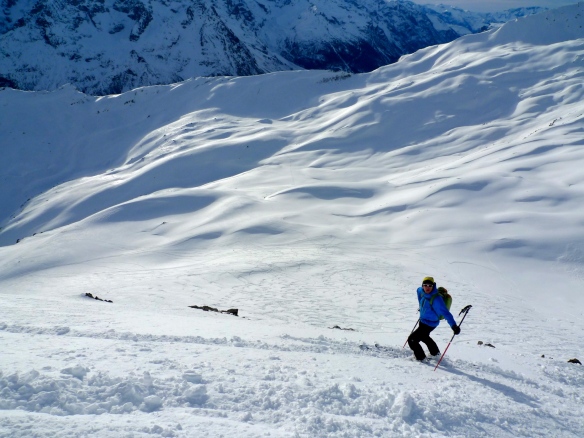 …and skiing baked snow on the way down

So all in all a great all-round mountain ski that I would highly recommend for anybody who is after a ski to ‘do it all’, plans to earn their turns and wants to have a responsive, fun ride on the way down. Clearly a great deal of thought has been put into these, and If you are after a ski suitable for a wide range of conditions look no further. If however you are after a ski to bomb it round the mountains and ski solely from lift-accessed places, maybe look for something with a little more weight and stiffness; the Cham 97 or similar.

Cons– Skis very short so takes a bit of getting used to. Can feel slightly less stable when travelling at high speed due to the large rocker and subsequent loss of useable length.

Overall though an amazing ski and highly recommended. Can’t wait to get back out on mine!

Many thanks to the crew at Backcountry UK for their support and assistance with all things skiing.

This site uses Akismet to reduce spam. Learn how your comment data is processed.