It’s been that time of year again; festive and fun with family and friends and with it the beginning of the winter climbing season.

So far this year there has been a few ‘false starts’ to winter actually arriving up north and with it a slow beginning to the start of the season.

That being said there has still been a lot of action from all the usual suspects north of the border when conditions have allowed.

These have ranged from the ultra accessible and frequently reliable Northern Corries with all its trade routes and a couple of new, hard lines established, to an ascent of The Citadel on the Shelter Stone, a new route on Lurcher’s Crag, Sioux wall and the Secret on Ben Nevis, along with hard repeats in Glen Coe and further afield.

I was up there for a week or so before xmas beginning my prep for my up-coming BMG Winter Assessment at the end of February. My warm-up climbing was focused around the Northern Corries with a quick blast around An Teallach at the beginning of a heavy thaw… Pics are below to whet the appetite but bear in mind these were from before xmas so conditions will have changed now.

After the mild weather leading up to Christmas conditions are improving with temperatures dropping  along with a more usual cycle of freeze-thaw being forecasted for the New Year period so fingers crossed for January.

I will be back up north from the New Year until into March ready to work off some calories and will be bringing you regular conditions reports from whatever I find east or west.

Hope you have all had a good Christmas and all the best for the New Year.

See you on the hill! 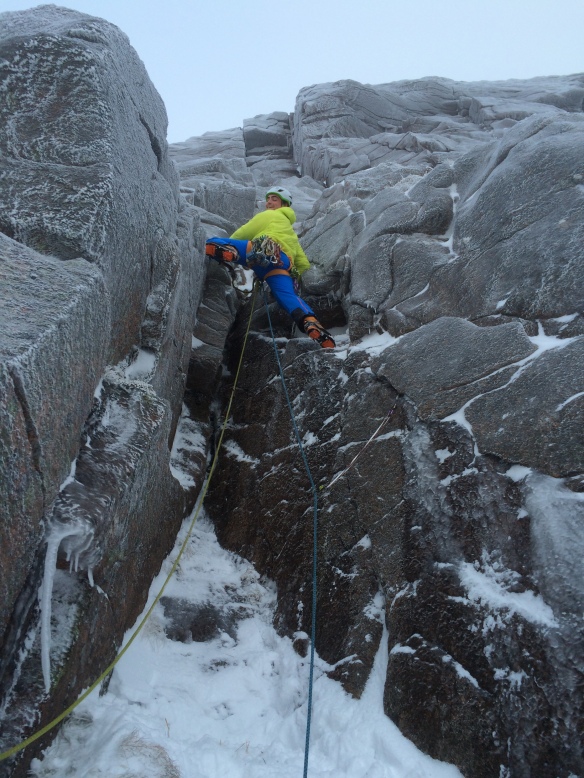 Gaining ‘The Slot’ on Burning and Looting

An Teallach in all it’s glory!

This site uses Akismet to reduce spam. Learn how your comment data is processed.